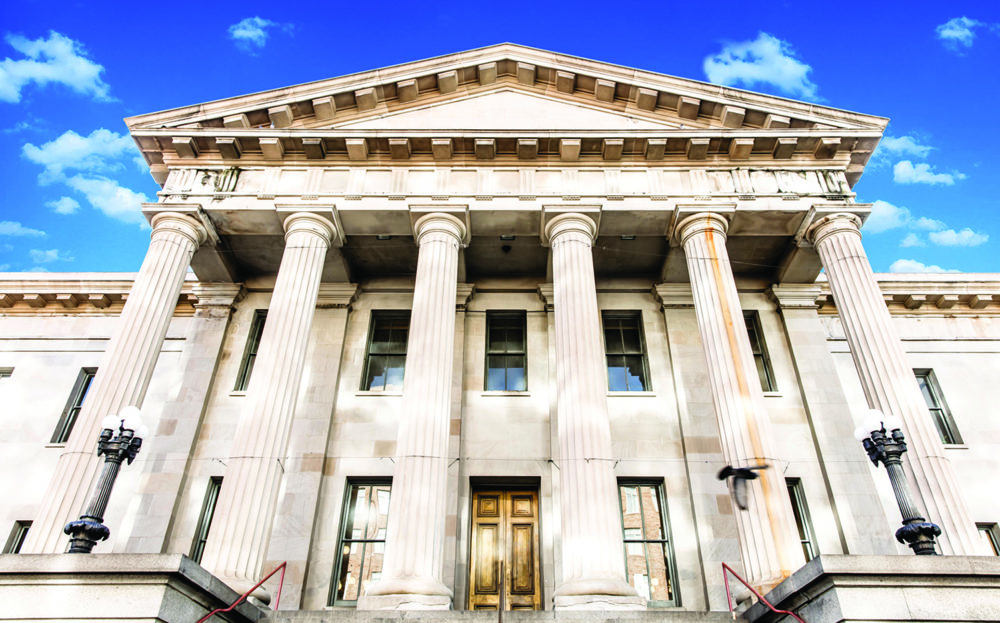 We have a lot of event venues in the Non Plus Ultra portfolio, all of which come with a rich history. Get to know our venues like you never have before! This week, get to know the historic San Francisco Mint, located on Fifth Street in Downtown San Francisco. This brief history includes the basics of the building’s history, information about the 1906 earthquake and fire, and Non Plus Ultra’s takeover.

The San Francisco Mint began operation in 1874 during the California Gold Rush. During this time, The Mint turned $4 Billion worth of gold into coins.

Also known as “The Granite Lady”, The San Francisco Mint was designed by architect Alfred B. Mullett. Mullett designed The Mint in the style of Greek Revival. The building was constructed in the shape of the letter ‘E’ and was built around a central courtyard which featured a well. The Mint operated from 1874 to 1937, and was introduced as a historical landmark in 1961 and a California historical landmark in 1974.

On April 18, 1906, a large earthquake struck the San Francisco Bay Area. This 7.9 magnitude quake, which struck 296 miles north of the infamous San Andres Fault, lasted 20-25 seconds and was about 5 miles deep. Though it was centered in the Bay Area, this quake was felt from Oregon to Los Angeles.

The 1906 quake cause a fire to break out at the San Francisco Mint. Though there was significant cosmetic damage to the exterior of The Mint, the building remained intact. It was saved primarily by the buildings shape and courtyard well. At the time of the quake and fire, The Mint held $300 Million, which was one-third of the country’s gold reserves. It was the only building left standing in miles.

The San Francisco Mint was taken over by Non Plus Ultra, then known as Activate San Francisco Events, in 2015. Since then, we’ve been able to host some of the most amazing events the Bay Area has ever seen. We’ve brought a lot of big names into The Mint during our time here. Our first event at The Mint was the 2016 Nike Super Bowl event, and we’ve brought in many events since. We plan on bringing even more big companies into Mint for as long as we have the space.

To read more about Non Plus Ultra and The San Francisco Mint, check out this article from SF GATE. If you’re interested in hosting an event at The Mint, send us a message HERE.