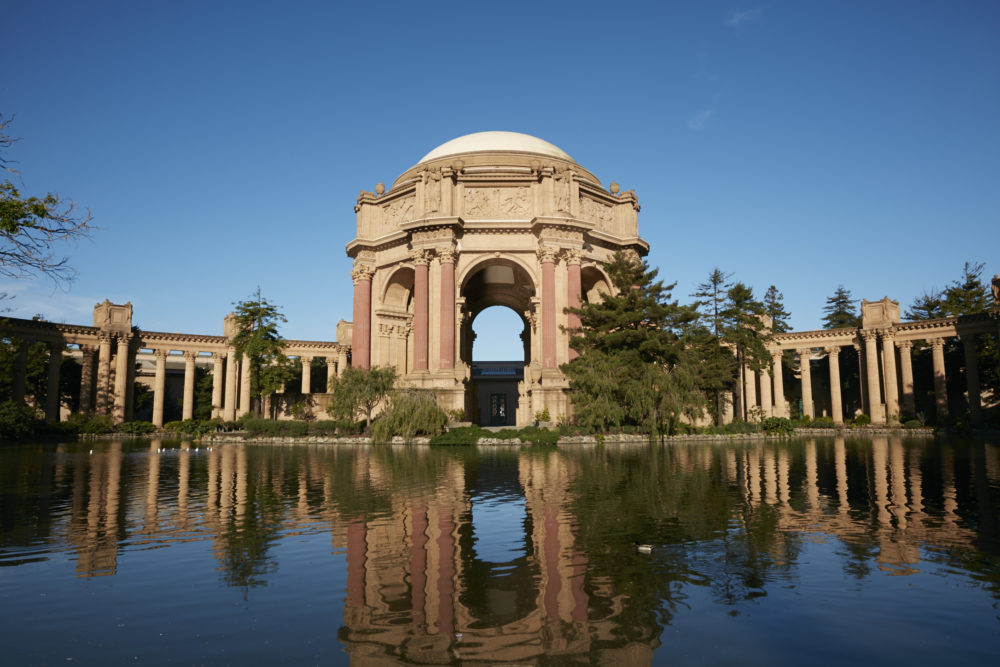 We have a lot of event venues in the Non Plus Ultra portfolio, all of which come with a rich history. Get to know our venues like you never have before! This week, get to know the iconic Palace of Fine Arts, located in San Francisco’s Marina District. This brief history includes a basic rundown of how the building came to be, information about the 1915 Panama-Pacific International Exposition, and Non Plus Ultra’s takeover.

Originally built for the 1915 Panama-Pacific International Exposition, the Palace of Fine Arts features a Greco-Roman style Rotunda and Colonnades. These recognizable features make this landmark a truly emblematic piece of San Francisco history. The Palace is located near a large lagoon and is the former home of the Exploratorium and the current home of the Palace Theater and the Venue at the Palace of Fine Arts. In addition, the Palace is located in, perhaps, what is the most iconic area of San Francisco, right near Crissy Field and the Golden Gate Bridge.

In 1915, the Presidio’s Bayfront, and what is currently known as the Marina District served as the location of the Panama-Pacific International Exposition. The Palace of Fine Arts was constructed as one of the many exposition halls used to showcase new technology and innovations.

During the 1915 Exposition, San Francisco welcomed over 18 Million guests from all around the world. The exposition lasted from February to December and covered 600 acres of land. This World’s Fair was a grand celebration. What was being celebrated? The completion of the Panama Canal. It was also a celebration of San Francisco, and the city’s ability to overcome hardship. Nine years earlier, the city endured the 1906 earthquake; a 7.9 magnitude quake that shook California along the San Andreas Fault.

By hosting this event, the San Francisco community was able to come together and build (or rebuild) buildings all around the city so that they could be used during the World’s Fair. This is how the Palace, and much of the Marina District, came to be. With hard work and determination, San Francisco proved itself to be the resilient and motivated city you see today. The Palace of Fine Arts serves as a reminder of the challenges that the city had to overcome. It also reminds us of the triumph the community felt when those challenges were conquered.

The Palace of Fine Arts was the home of the Exploratorium until January 2013. Non Plus Ultra took over in 2017, and has since hosted some big-name events. Most notably, Facebook’s 2018 Holiday Party. We’ve also hosted WeWork’s Creator Awards Concert with Wiz Khalifa, explored 29Rooms, and listened to Richard Branson inspire thousands of young professionals at Apttus Accelerate. In addition, NPU loves to bring the community together by hosting family-oriented events at the Palace. One of our favorite events to host is our annual Kid’s Carnival.

The Palace of Fine Arts is a one-of-a-kind San Francisco landmark, and we’re happy to be able to utilize it in so many ways. From community centered events to trade shows, the Palace is perfect for bringing a lot of people together.

To read more about Non Plus Ultra and the Palace of Fine Arts, check out this article from SF TRAVEL. To learn more about hosting an event at the Palace, send us a message HERE.